This novel has taken us on a journey from Thul to Bombay, and from Bombay to Thul. In the middle of this journey we encountered different obstacles, reflected upon different circumstances, and felt different feelings.

Here are some essay questions that focus on some of the many aspects of analysis The Village by the Sea offers. Pick a mate, choose ONE of the following and write.

Voice your feelings, analyses and ideas, but always make sure you illustrate with clear examples and suitable quotations. 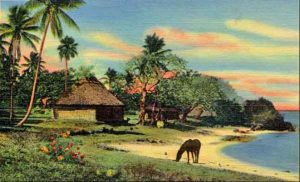 The Village by the Sea has invited us to take a close look at Indian culture and explore what we have called “cultural capsules”.

Here’s a link to a documentary on Diwali, the Indian festival of lights.

Senior 4 was asked to write a diary entry from the point of view of one of the characters in the novel The Village by the Sea by Anita Desai.

As part of their assignment, they had to trace the different reasons why Hari decided to embark on a journey to Bombay. The factors could be varied, either internal or external.

Here is one of the responses to the task.

It was written by Josefina Zubizarreta.

Dear diary
I just can’t take it anymore. What has happened today is just outrageous, I’m tired of having to deal with my dad’s problems, all they do is backfire on my sisters and I.
I just can’t bear a second more of seeing my empty net, hoping for a job that might not even come. It’s been rough having to take care of Lila, Bela and Kamal. I’m just done, done with being an idle, lazy, clumsy village boy. I wanna go to Bombay, and that’s what I’m gonna do. I’ll leave and build up new hopes and dreams in this magnificent city, so full of life, of opportunities… I won’t spend any more time in this sad house, seeing my scared sisters, ill mom, drunk dad. I’ll just become another dead sole’d  drunk. I don’t want that for me, I’m different, a visionaire.

Here go the questions Juli Molmenti, Cande Zufriategui and Santi Montoya have framed to fuel your analysis of the second chapter of the novel.

Read the chapter carefully and reflect upon the following aspects:

Discuss Indianness and postcoloniality in the following quotes. Choose THREE.

(As you discuss these quotes, pay special attention to the language used, the cultural aspects mentioned and how events/ descriptions/ characters/ places relate to the theoretical framework. You are welcome to intratextually connect these quotations with others in either this chapter or the first one.)

“Lila would go to the market at Thul today… After Bela and Kamal had left for school, she took out her best sari from the green tin trunk in the corner of the room she shared with her sisters, and wore that. It was pink and had a pattern of brown flowers on it, and a border of violet. It was quite a cheap cotton sari but she wore it so seldom that it still looked new and fresh. It made her feel much happier than when she was dressed in her everyday sari which was always either dark green or purple, a single unpatterned colour made of thick material.” (page 35)

“The village road leading to the market was lined with houses… But large or small, rich or poor, each had a sacred basil plant growing in a pot by the front door.” (page 37)

“Mina had nothing to do, it seemed – her parents were trying to find her a husband.” (page 38)

“He saw now that there were two or three possibilities… The men in Thul had never had to make such choices… he would have to make a choice no one else in the village had made before. How?” (page 48)

“… she always seemed to forget or else not recognize him. City people had poor memories, Hari thought, or perhaps they saw so many hundreds of faces in the streets every day that they could not tell one from the other.” (page 51)

“Yes, Christmas. Our teacher told us about it at school. It is the birthday of a baby who was born long ago in a stable… Like Krishna, who was born in a prison” (page 54)

“When he thought of all his troubles – his drunken father, Mr. De Silva’s insult, the lack of work an money – Hari wished he too could soar up into the sky and disappear instead of being tied to the earth here, trudging round the temple which was not even a pretty one. It was only a little cell of bricks with a painted idol of Krishna and his cows in it. Looking at it through the open door without going in, Hari remembered the shepherd he had just seen and wondered if he, too, played a flute like Krishna. Everything belonged here, everything blended together – except for himself. With his discontent, his worries and his restlessness, he could not settle down to belonging” (page 59)

Language. Look up the words in bolt. Explain their meaning IN CONTEXT.

“Biju would come waddling down to watch the work in progress. A small boy would carry a folding chair down to the beach from his house and plant it on the sand for Biju to sit on.  Biju would lower himself onto it very gingerly, twitching up his loose dhoti and sitting down very uncomfortable. he would obviously have been more comfortable squatting on his heels in the sand as the others did.”

Answers must be submitted any time before Wednesday, June 24th in a google doc shared with the members of this group and with me.

These questions and quotations will guide our analysis of the first chapter of the novel (on Tuesday, June 9th).

What was Lila doing so early at sea?

What would you say is the significance of Mon Repos?

What are Hari’s worries? What do they foreshadow?

How does this first chapter portray childhood and family life in Thul?

What cultural aspects could you trace in your reading of this first chapter?

““Hah.” Hari laughed, not believing a word. How could the hill and the temple disappear? It had been there all his life and his father’s and grandfather’s as well. Ramu was surely telling a tale “We’ll see,” he said.” (p. 12)

“There was silence then. But the silence was not calm and lovely, it was full of fear and anger and nightmares.” (p.34)

“But again the large woman who had so much money tied in her belt won. ‘Six,’ she said flatly; and without waiting for an answer from the tonga-driver, she climbed in with the basket. The tonga creaked, the horse staggered, but the tonga-driver set his cap at an angle, cracked his whip and set off at a trot up the sandy path along the creek to the highway where the woman would sell the fish to a lorry driver come to collect fish from the villages, or else get into the bus and go to Alibagh bazaar to sell it herself. The other women bickered over what was left, and Hari turned away – there was nothing more to watch.” (p.28)